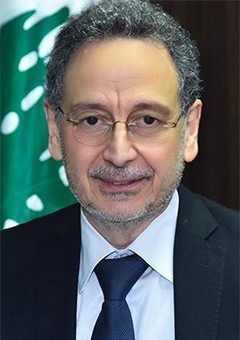 Mr. Raoul Nehme has a long-standing experience in the banking and financial domains, in addition to an extensive experience in various business fields.

He occupied a number of positions, among others, Chairman of the Executive Committee of AstroBank Ltd (Cyprus), Chairman of Turkland Bank, Executive General Manager of BankMed, General Manager of BLC Bank and President of Nipson Printing Systems in the US. In addition, he was a member of the Board of the above-mentioned companies in addition to other banks and businesses.

Mr. Nehme has been as well the President and one of the founders of “Jouzour Loubnan Association”, an NGO that promotes sustainable reforestation and participates in the restoration of Lebanese woodland with over 450.000 trees planted across various regions in Lebanon.